FRD Motorsports has announced a brand new premier prototype championship in China, the FRD LMP3 (Le Mans Prototype 3) Series will raise the quality of motorsport in the region and create a true stepping stone for young Chinese drivers to the 24 Hours of Le Mans. The FRD LMP3 Series, supported by the Automobile Club de l'Ouest (ACO), will launch in May 2017 and brings together the best drivers, teams and selection of LMP3 cars to compete over a ﬁve-round format that will be managed and executed to the highest international standards. It will be the ﬁrst ever prototype sprint race championship in China and will bring the futuristic excitement of LMP3 racing to the public in the world’s number one automotive market.

Teams will enter two cars, with each car being driven by a pair of drivers; one international professional and one Chinese national rising star. In doing so, this will create the highest calibre motorsport competition China has ever seen and guarantees the development of the nation’s most talented young racers. This will prepare them for the step up to LMP2 and then the ultimate prototype series class, LMP1. No Chinese driver has ever won the 24 Hours of Le Mans outright and the FRD LMP3 Series hopes to cultivate local talent and achieve this goal, while producing a sustainable racing series with excellence integrated into every aspect of the championship.

Currently four of Asia’s most respected and experienced motorsport teams have conﬁrmed to join the inaugural season. KCMG, Eurasia Motorsport, S&D Motorsports and Craft-Bamboo Racing will ﬁeld two cars each in the hopes of claiming the maiden title, and with it, the incredible reward that is being offered to all series’ entrants.

The FRD LMP3 Series is also offering one of the most attractive championship prizes of any motorsport contest in the region and provides huge incentives for the most successful team and drivers of the competition.

If the winner of the 2017-2018 Asian Le Mans series is the FRD LMP3 Series champion, they will be provided with free entry to the infamous 24 Hours of Le Mans with a Ligier JS P2 LMP2 car and running costs provided by Ligier’s builder, Onroak Automotive.

The ﬁve round format will see four events held in China, in addition to one in Malaysia that will support the Asian Le Mans Series. The series will run a 60 minute sprint race that will be held on Sunday after two practices, and one qualifying session on Saturday.

“Never has there been a sprint prototype championship in China and this will make for the most exciting and unique racing series in the region. FRD will introduce a higher standard of international racing to China and raise the sport to new heights with this one of a kind platform. With one compulsory professional international driver and one Chinese race car driver per team, this will ensure the highest quality competition Asia has ever seen. With the support of Asian Le Mans and the ACO, the opportunities for the winning driver and team are exceptional and will allow them to compete against the best in the world at the 24 Hours of Le Mans.”

“We are very proud to see our Ligier JS P3 cars competing in Asia and we are pleased to support the road to Le Mans with our Ligier prototypes by offering our backing to the FRD LMP3 Series. We want our cars to ﬁrmly be a part of the next step towards the 24 Hours of Le Mans and we believe that a part of the future of motorsport in China lies with this championship.”

XIAN TONGCHUN, DIRECTOR OF MOTORSPORT DEPARTMENT, FEDERATION OF AUTOMOBILE AND MOTORCYCLE SPORTS OF THE PEOPLE'S REPUBLIC OF CHINA ˜FASC°

“It is fantastic to see another motorsport championship launched in China, and one that focus-es on developing our own national talent. We always want to see continued growth and devel-opment of the sport in China and the FRD LMP3 Series will ensure that this will bring the top international teams and drivers into the competition. This will not only make for top-level, competitive racing but also a great proving ground and development program for Chinese drivers.”

"CCTV5 are very proud to announce that we are committing to a three year broadcast partner-ship with the brand new FRD LMP3 Series. We will bring the most exciting racing moments from each race of this prototype sprint championship to fans around China. We hope that by showing everyone the excitement, speed and drama of LMP3 racing that it will help inspire the next generation of Chinese race drivers and motorsport fans."

"Eurasia Motorsport is happy to be joining the FRD LMP3 Series. Our aim is to allow drivers to progress from karting to the pinnacle of LMP racing, the Le Mans 24 Hours, within our organi-zation. FRD LMP3 brings Le Mans style racing to China and we look forward to racing at Le Mans in the future with graduates from our LMP3 Team."

“S&D Motorsports is one of the top teams involved in Asia and International events. We provide driver management, driver training and technical support. In 2017 S&D Motorsports will enter the FRD LMP3 Series with two Ligier LMP3 cars. We are sure that this is one of the best and most competitive events in Asia. Our team and drivers will be working very hard and look forward to the coming races in 2017.”

“KCMG has entered many championships in Asia and to participate in this new platform organized by FRD is another milestone for us. KCMG has always been very keen on entering events such as these and my thanks go out to Kenneth Ma of FRD and his team for kicking off the FRD LMP3 Series and giving us a great opportunity to race in this new championship.”

“I am very excited about this new championship, which focuses on China and it is a fantastic way to raise awareness of prototype racing in the region. FRD has been a leader in motorsport in Asia for the past few decades and its founder, Kenneth Ma, has been a personal friend of mine since I have been involved in motorsport. He is the perfect person to help organize such an ambitious championship. We are very excited to be one of the ﬁrst teams to commit to the series as we truly believe in prototype racing which is part of the road to Le Mans pyramid. With the support from the ACO we have no doubt that this championship will be a great success.” 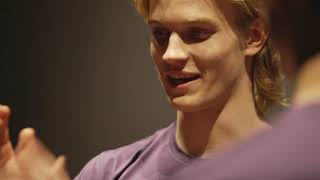